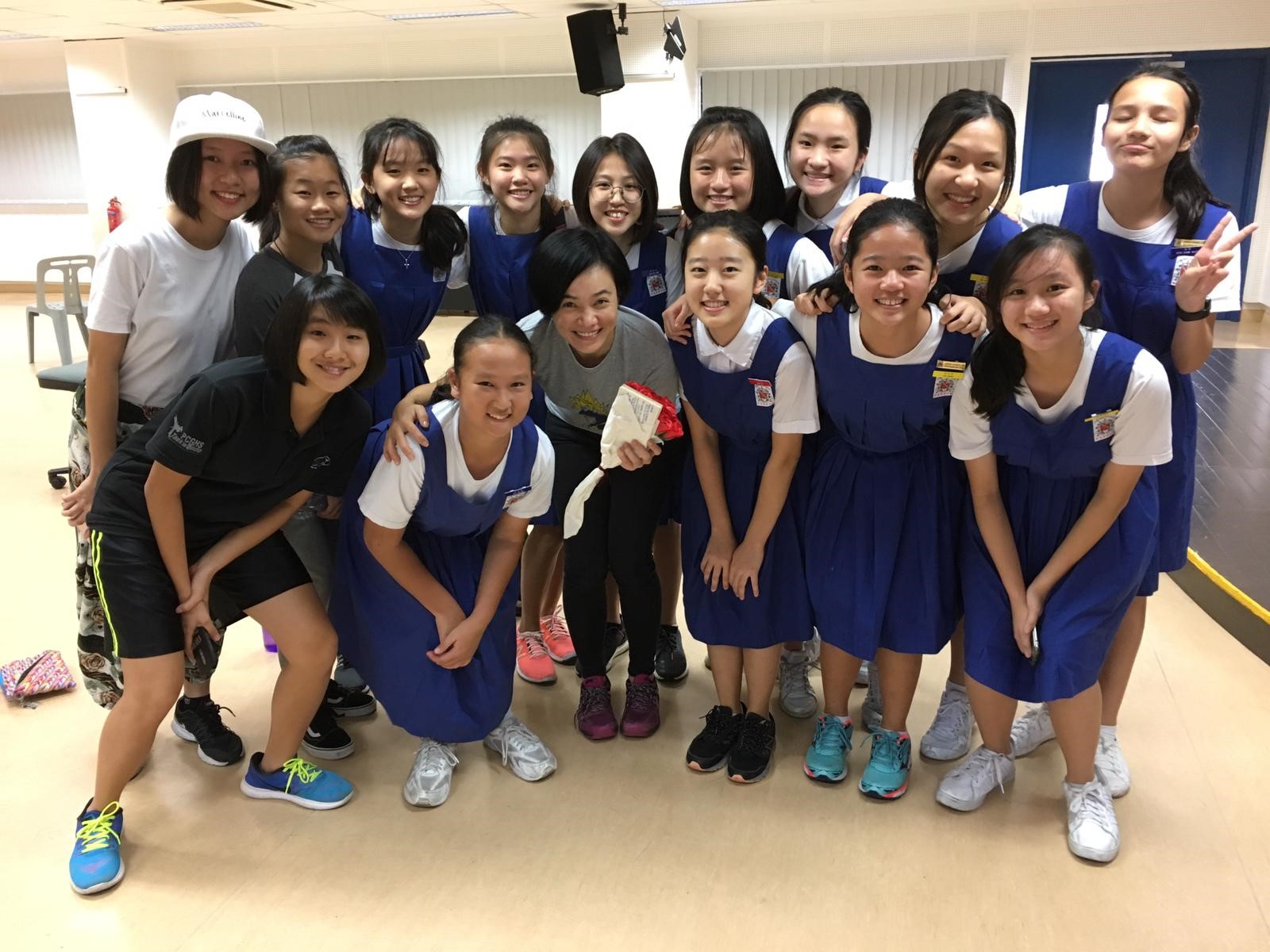 Back in late 2018, I was lucky to be chosen as one of the 11 student-actresses for the film From Victoria Street to Ang Mo Kio. Being the last one to join the group of student-actresses, and barely knowing any of the 11 girls, I recall feeling elated yet nervous to embark on this journey.

Prior to flying off to Penang to film, some pre-production preparations were needed. As most of the cast had little to no experience in acting, acting lessons were a crucial part of our preparation for the film. Fortunately for us, our director, Ms Eva Tang (or Eva 姐姐 as we affectionately addressed her), was able to invite internationally acclaimed and multi award-winning actress, Ms Yeo Yann Yann to guide us to portray our roles better. As the actual filming drew closer, we also had individual imaging which was surprisingly rather exciting for us as ​​a number of us had to get our hair permed and cut in this process.

Filming for the movie took place in Penang, Malaysia, predominantly in Convent Light School (CLS) which is also the oldest girl’s convent in SouthEast Asia. On the morning of the 4th of December, the 11 of us, all excited and giggly, boarded the Penang-bound flight   accompanied by our teachers-in-charge.  Upon landing, we were immediately ferried to CLS to start filming. This was my first time being in a production, I was surprised to see the amount of crew and additional casts required behind-the-scenes.

A day of filming would usually start before sunrise 4-5am when we had to wake up to get ready all the way till dark around 7-8pm when we wrapped up for the day. On the second day of filming, we had to leave our hotel at 4am to shoot the scene of the students being fetched to school in a tiny car. For that scene, 5 of us were made to squeeze in the backseat of a rather small car. We filmed in that position for more than an hour, driving down the same road over and over again. It was definitely one of the most uncomfortable but memorable scenes to film.

Another scene I enjoyed filming was the scene where the students were protesting against the exams (罢考). The props and set up were really realistic and the acting by the extras made the scene fun to film. There were a few instances where I almost broke character because of how intensely the extras were protesting and shouting. It was also a bittersweet moment because it was one of the last scenes being filmed.

The film project took place efficiently within a few months with training, filming, post production, voiceovers. and the exciting premiere at Capitol Theatre, right next to the original Victoria Street campus. Personally, the filming process was definitely one of the main highlights of this project as I was able to meet new friends among the Malaysian cast and crew during this time. After wrapping up filming, many of us took pictures and exchanged instagram handles to keep in touch.

My birthday happened to fall in the midst of filming and I was pleasantly surprised by Eva 姐姐, the alumni 姐姐们, my teachers and friends who celebrated and even bought cakes for me. Throughout the trip, some alumni 姐姐们 also travelled all the way to Penang to support us, showering us with food, masks and other welfare goods. This really made me feel and experience the presence of sisterly love (姐妹同心) among us, no matter if we were current students or alumni.

It’s safe to say that this was one of the most memorable and exciting experiences for me through my 10 years in St Nicks. I am extremely grateful to the Alumnae Association and all the alumni 姐姐们 who worked so hard behind the scenes to make the film project a reality and to have been given this opportunity to have participated in such a special project. I gained lifelong friends and an experience of a lifetime. Even as the years go on, these fond memories remain deep in my heart. ❤